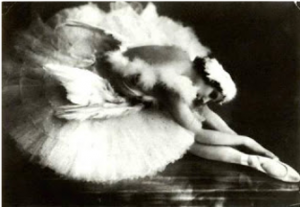 The arts resources on this page start with a very beautiful ending from 1905; Anna Pavlova dancing  The Dying Swan by Mikhail Fokine with the music by Saint-Saens.

Let’s start by thinking about the words we use to talk about dying and death.

What words do you use in your conversations with patients?

Are these different to the ones you use with your family and friends or hear in the media?

In the UK we are often afraid of saying the words ‘dying’ and ‘death’. Is there a reason for this?

This poem by Rachel McCoubrie, who was a Consultant in Palliative Medicine reflects this perfectly.

Let’s just say Jim didn’t fix it.
She’s toast, brown bread;
Bought it, croaked it,
Pegged it, snuffed it.
Any of these, but don’t say dead...

With the angels now
Passed on, passed over,
Gone to sleep,
At peace, we’ve lost her,
Pushing up daisies,
Living in a box.
She’s kicked the bucket,
Got wings and flying,
Thrown a seven,
Gone to heaven,
But nobody ever said dying....

Deteriorating, crook, unwell,
Going down hill,
Paid her final bill,
On a one way track,
No way back.

Poorly,
Really poorly,
Really, really poorly,
Going to get better surely?
Quite unlikely to recover,
It’s getting serious now my lover.
She’s struggling to catch her breath
But let’s not talk about death...

Euphemisms and clichés
What trite we all say.
Death, Dying, Dead
They’re easily said.
We know what they mean
When we’re setting the scene;
So just use the 'D' words instead.

Death is often personified as something sinister, such as the grim reaper or this 19th century picture of the Angel of Death.

What other images for death are you aware of?

Are there any positive images of death you know?

We know death is the inevitable end to life, depicted in this painting by Gustav Klimt, but in 21st century Britain it is something that is not discussed.

Death and dying need to be discussed. Maybe people need more positive imagery to associate with death and dying, and doctors a broader repertoire of language. Julia Darling was a renowned poet who used her poetry as a medium to help individuals face illness, death and bereavement and to change the way that hospital systems treat patients and doctors talk to and care for their patients. Julia sadly died from metastatic breast cancer. She leaves behind her a legacy of beautiful poems that you can explore in more detail on her website.

How does her final poem make you feel about death and dying?

Eventually, I was placed on a bed like a boat
in an empty room with sky filled windows,
with azure blue pillows, the leopard-like quilt.

It was English tea time, with the kind of light
that electrifies the ordinary. It had just stopped raining.
Beads of water on glass glittered like secrets.

In another room they were baking, mulling wine.
I was warm with cloves, melting butter, demerara,
and wearing your pyjamas.   My felt slippers

waited on the floor. Then the door opened
soundlessly, and I climbed out of bed.
It was like slipping onto the back of a horse,

and the room folded in, like a pop up story
then the house, and the Vale. Even the songs
and prayers tidied themselves into grooves

and the impossible hospital lay down its chimneys
its sluices, tired doctors, and waiting room chairs.
And I came here.

It was easy to leave.

Ruth Picardie’s book Before I say Goodbye is a chronicle of her life and death with breast cancer and should be on every doctor’s reading list.

Perhaps the most poignant poem about death is by an author whose work I treasure, Helen Dunmore who died in 2019.  Her poem My People is taken from her last anthology of poems, Inside the Wave.

My people are the dying,
I am their company
And they are mine,
We wake in the wan hour
Between three and four,
Listen to the rain
And consider our painkillers.
I lie here in the warm
With four pillows, a light
And the comfort of my phone
On which I sometimes compose
And the words come easily
Bubbling like notes
From a bird that thinks it’s dawn

My people are the dying.
I reach out to them,
A company of suffering.
One falls by the roadside.
And a boot stamps on him
One lies in her cell, alone
Without tenderness
Brutally handled
Towards her execution.
I can do nothing.
This is my vigil: the lit candle,
The pain, the breath of my people
Drawn in pain

(I could not find this poem online, I have taken the liberty of reproducing it here, purely to promote Helen's work as a way of helping doctors understand more about death and dying)

How are attitudes towards dying and death different in other cultures and countries? 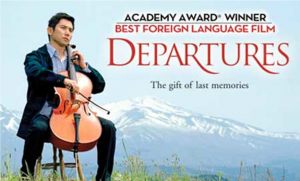 Departures, is a beautifully moving film set in Japan, it explores the rituals surrounding death in a culture that is probably very unfamiliar to the majority in the UK.

What are the attitudes towards death in the area where you work and live?

What role do religion and rituals play in people’s attitudes towards dying and death?

Do you know what different faiths believe happens to people after death?

Death rituals can help the dying and the soon to be deceased.

What rituals are you aware of? 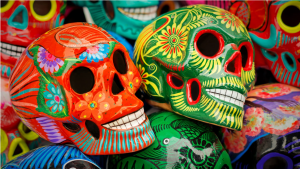 This is a picture taken on 'The Day of the Dead'. In Mexican culture, death is viewed as a natural part of the human cycle. Mexicans view it not as a day of sadness but as a day of celebration because their loved ones awake and celebrate with them. This multi-day holiday involves family and friends gathering to pray for and remember friends and family members who have died. They support the deceased’s spiritual journey. 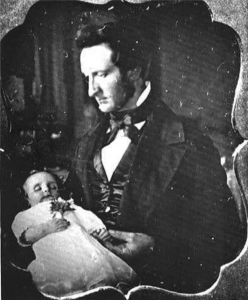 One of the most poignant traditions of the Victorian era was the practice of post-mortem photography, known as 'Memento Mori'. This is a Latin for 'remember that you must die' and represents any artistic or symbolic reminder of the inevitability of death. Photography was prohibitively expensive, so most parents had very few photos of their children. If a child or young person died the parents often had a photo taken as if the person was still alive - as a reminder, a memento of their life.   Read more

Take a look at this Jazz Funeral in New Oreleans.

How do burial rituals vary with country, culture and religious belief?

How do people mourn the death of a loved one?

This page is about the dying, there are more resources about being bereaved on the page about loss.

There are hundreds of films and books about dying, death and loss. Have you watched a film that helped you appreciate what it might be like to be dying?

'What we did on our holiday' from 2014 is an empathic and light-hearted look at death through the lens of different generations.

How has the attitude of society and the law changed towards people who take their own life?

Should euthanasia be legalised and supported where you live and work?

Can you use arts resources to help you explore these questions? 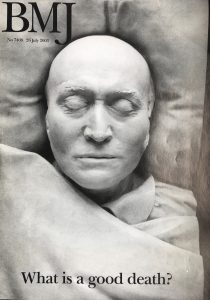 In 2003 the BMJ published a series of articles exploring this question.

All doctors are involved in caring for people who are dying or those who are bereaved.

What do you think is a good death, and how do you explore this with you patient?

All doctors need to be prepared to talk about death and dying, a short film by Kathryn Mannix, Palliative Care Consultant explains why this is so important.

If you want to read more about good end of life care then 'With the end in mind. How to live and die well' by Kathyrn Mannix is an excellent book.