Discrimination occurs when a person is unable to enjoy his or her human rights or other legal rights on an equal basis with others because of an unjustified distinction made in policy, law or treatment.

This page is in development, but do take a look at what we have collected so far.

arts resources to prompt thought and discussion about racial discrimination

This picture appeared in the Guardian Newspaper in February 2019. 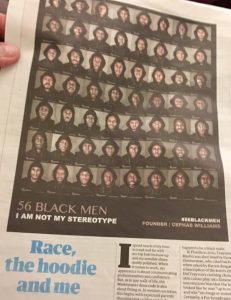 Cephas Williams produced this picture in response to a local shopping centre banning men wearing hoodies, to combat what they saw as intimidating groups of youths in the centre. Williams says the distrust of black men in hoodies is endemic in the UK. His campaign features a spectrum of black men from trainee surgeons to choreographers and politicians making visible the men underneath the hoodie.

Do you have some suggestions?

Do you have some suggestions?

arts resources to prompt thought and discussion about sexual discrimination

This picture is by Amrita Sher-Gil, painted in 1935 it can be seen in the National Gallery of Modern Art in Deli. Amrita said, "I realised my real artistic mission, to interpret the life of Indians and particularly the poor Indians pictorially; to paint those silent images of infinite submission and patience,... to reproduce on canvas the impression those sad eyes created on me."  This picture portrays three girls contemplating a destiny they are unable to change, representing both inequality and discrimination. 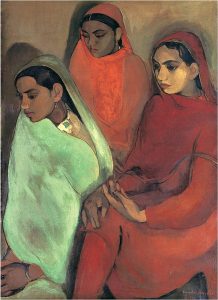